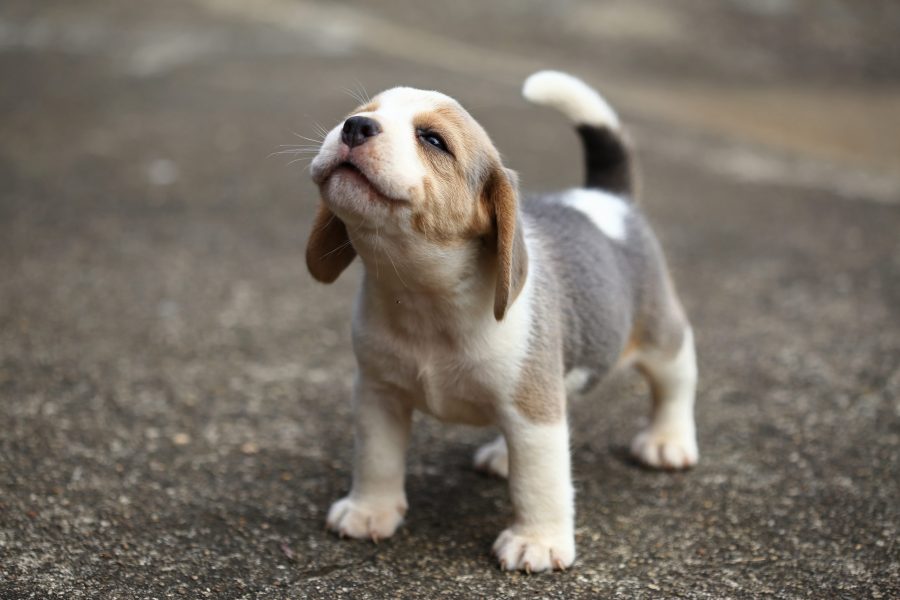 Puppy shots may seem like an inconvenience, considering that you need to bring the pet in multiple times over a few months, but the protection awarded to them will prolong their lives for years, and potentially save you thousands of dollars.

Most illnesses that threaten a pet’s life today are fully preventable by simply vaccinating.

Puppies need a series of vaccines from 6 weeks of age until 16 to 20 weeks depending upon their breed and the time it takes their immune system to mature.  It can be very confusing for most people to know which vaccines their puppy needs, so here’s a general overview of the diseases that vaccines protect against, to help your pet live a healthy, happy life.

It can cause infectious bronchitis in dogs and other animals, but rarely infects humans. Closely related to B. pertussis—the obligate human pathogen that causes pertussis (whooping cough); B.This highly infectious bacterium causes severe fits of coughing, whooping, vomiting, and, in rare cases, seizures and death. It is the primary cause of kennel cough. There are injectable and nasal spray vaccines available.

B. bronchiseptica does not express pertussis toxin, which is one of the characteristic virulence factors of B. pertussis, but it has the genes to do so, highlighting the close evolutionary relationship between the two species.[6],[7]

If you plan on boarding your puppy in the future, attending group training classes, or using dog daycare services, often proof of this vaccination will be a requirement.

A severe and contagious disease caused by a virus that attacks the respiratory, gastrointestinal (GI), and nervous systems of dogs, raccoons, skunks, and other animals, distemper spreads through airborne exposure (through sneezing or coughing) from an infected animal. The virus can also be transmitted by shared food and water bowls and equipment. It causes discharges from the eyes and nose, fever, coughing, vomiting, diarrhea, seizures, twitching, paralysis, and, often, death. This disease used to be known as “hard pad” because it causes the footpad to thicken and harden.

There is no cure for distemper. Treatment consists of supportive care and efforts to prevent secondary infections, control symptoms of vomiting, seizures and more. If the animal survives the symptoms, it is hoped that the dog’s immune system will have a chance to fight it off. Infected dogs can shed the virus for months.

In it’s mildest form, a puppy with canine hepatitis may merely have a decreased appetite, appear depressed and have a mild fever. Early progression in some dogs will develop in a cloudiness (opacity) of one or both corneas of their eyes (also called “blue eye") one to two weeks later. Dogs may have respiratory signs such as eye and nasal discharge and a cough that is indistinguishable from other forms of upper respiratory tract infections or kennel cough (see handout “Kennel Cough or Tracheobronchitisin Dogs”).

In severe cases, usually in young puppies, along with the fever, depression, and loss of appetite, there is abdominal pain, vomiting, diarrhea, edema (fluid swelling under the skin) of the head and neck, and possibly jaundice. Such cases are often fatal.
Infectious canine hepatitis is a highly contagious viral infection that affects the liver, kidneys, spleen, lungs, and the eyes of the affected dog. This disease of the liver is caused by a virus that is unrelated to the human form of hepatitis. Symptoms range from a slight fever and congestion of the mucous membranes to vomiting, jaundice, stomach enlargement, and pain around the liver. Many dogs can overcome the mild form of the disease, but the severe form can kill. There is no cure, but doctors can treat the symptoms.

The canine coronavirus is not the same virus that causes COVID-19 in people. COVID-19 is not thought to be a health threat to dogs, and there is no evidence it makes dogs sick. Canine coronavirus usually affects dogs’ gastrointestinal systems, though it can also cause respiratory infections. Signs include most GI symptoms, including loss of appetite, vomiting, and diarrhea. Doctors can keep a dog hydrated, warm, and comfortable, and help alleviate nausea, but no drug kills coronaviruses.

If a mosquito with infective larvae bites a puppy, he or she will likely develop heartworms. Once infected, it takes about six months for heartworm larvae to become an adult heartworm.  When your puppy is around 12-to-16 weeks, talk to your vet about starting a heartworm preventive. Though there is no vaccine for this condition, it is preventable with regular medication that your veterinarian will prescribe.  The month to month cost of the medication will add years to your puppy’s life, while keeping long term healthcare costs way down.

Heartworms lodge in the right side of the heart and the pulmonary arteries (that send blood to the lungs), and can travel through the rest of the body, to even invade the liver and kidneys. The worms can grow to 14 inches long and, if clumped together, block and injure organs.

A new heartworm infection often causes no symptoms, though puppies and dogs in later stages of the disease may cough, become lethargic, lose their appetite or have difficulty breathing. Infected dogs may tire after mild exercise. Unlike most of the conditions listed here, which are passed by urine, feces, and other body fluids, heartworms are transmitted by mosquitoes. Therefore, diagnosis is made via a blood test and not a fecal exam.

Also known as infectious tracheobronchitis, kennel cough results from inflammation of the upper airways. It can be caused by bacterial, viral, or other infections, such as Bordetella and canine parainfluenza, and often involves multiple infections simultaneously. Usually, the disease is mild, causing bouts of harsh, dry coughing; sometimes it’s severe enough to spur retching and gagging, along with a loss of appetite. In rare cases, it can be deadly. It is easily spread between dogs kept close together, which is why it passes quickly through kennels. Antibiotics are usually not necessary, except in severe, chronic cases. Cough suppressants can make a dog more comfortable.

Unlike most diseases on this list, Leptospirosis is caused by bacteria, and some dogs may show no symptoms at all.  Leptospirosis affects dogs, as well as many other kinds of animals. The organism that causes Leptospirosis is a spirochete bacterium and is found throughout the world. About 230 Leptospira have been identified.

Leptospirosis is in the environment, carried in rats, wildlife, as well as domestic livestock. More cases are seen in late summer and fall and often after heavy rainfalls. Leptospira is known to exist in standing water, dampness, and mud. Winter conditions tend to lower the risk, because Leptospira do not tolerate freezing temperatures.

Pets can become infected through contact with the urine of infected animals, such as raccoons, skunks, rats, feral cats, dogs, and other animals. Often, dogs contract the disease by swimming in stagnant water or drinking contaminated water in puddles.

It is a zoonotic disease, meaning that it can be spread from animals to people. When symptoms do appear, they can include fever, vomiting, abdominal pain, diarrhea, loss of appetite, severe weakness and lethargy, stiffness, jaundice, muscle pain, infertility, kidney failure (with or without liver failure). Antibiotics are effective, and the sooner they are given, the better.

Dogs may develop Lyme disease from the bite of a blacklegged tick, which may transmit bacteria known as Borrelia burgdorferi. Once ill, dogs can become feverish and lame in one or more joints. They also may exhibit sluggishness, and their lymph nodes may swell. Unlike the famous “bull’s-eye” rash that people exposed to Lyme disease often spot, no such telltale symptom occurs in dogs. Lyme disease (or borreliosis) is an infectious, tick-borne disease caused by a type of bacteria called a spirochete. Transmitted via ticks, an infected dog often starts limping, his lymph nodes swell, his temperature rises, and he stops eating. The disease can affect his heart, kidney, and joints, among other things, or lead to neurological disorders if left untreated. If diagnosed quickly, a course of antibiotics is extremely helpful, though relapses can occur months or even years later.

Parvo is a highly contagious virus that affects all dogs, but unvaccinated dogs and puppies less than four months of age are at the most risk to contract it. The virus attacks the gastrointestinal system and creates a loss of appetite, vomiting, fever, and often severe, bloody diarrhea. Extreme dehydration can come on rapidly and kill a dog within 48-to-72 hours, so prompt veterinary attention is crucial. There is no cure, so keeping the dog hydrated and controlling the secondary symptoms can keep him going until his immune system beats the illness.

Rabies is a viral disease of mammals that invades the central nervous system, causing headache, anxiety, hallucinations, excessive drooling, fear of water, paralysis, and death. It is most often transmitted through the bite of a rabid animal. Treatment within hours of infection is essential, otherwise, death is highly likely. Most states require a rabies vaccination. Check with your vet about rabies vaccination laws in your area.

Of course, your veterinarian should weigh in and can always provide more information and guidance if needed on necessary and optional vaccinations.

The first thing to know is that there is not just one puppy vaccination schedule for all dogs. Factors such as which part of the country you live in, and your dog’s individual risk factors will come into play. Some dogs do not need every vaccine. This decision is between you and your veterinarian. Always discuss puppy vaccinations at your regularly scheduled appointments.

Generally accepted guidelines of the puppy vaccination schedule for the first year.

How much vaccinations for your kitten or puppy will cost depend on several factors. Where you live is one: Veterinarians in crowded and expensive urban areas will charge more than a rural vet in a small town. In other words, there are significant differences in price. But no matter what the range in costs, some vaccines, such as the “core vaccines,” and rabies, are necessary.

Initial puppy vaccination costs during the first year are higher than during adulthood.