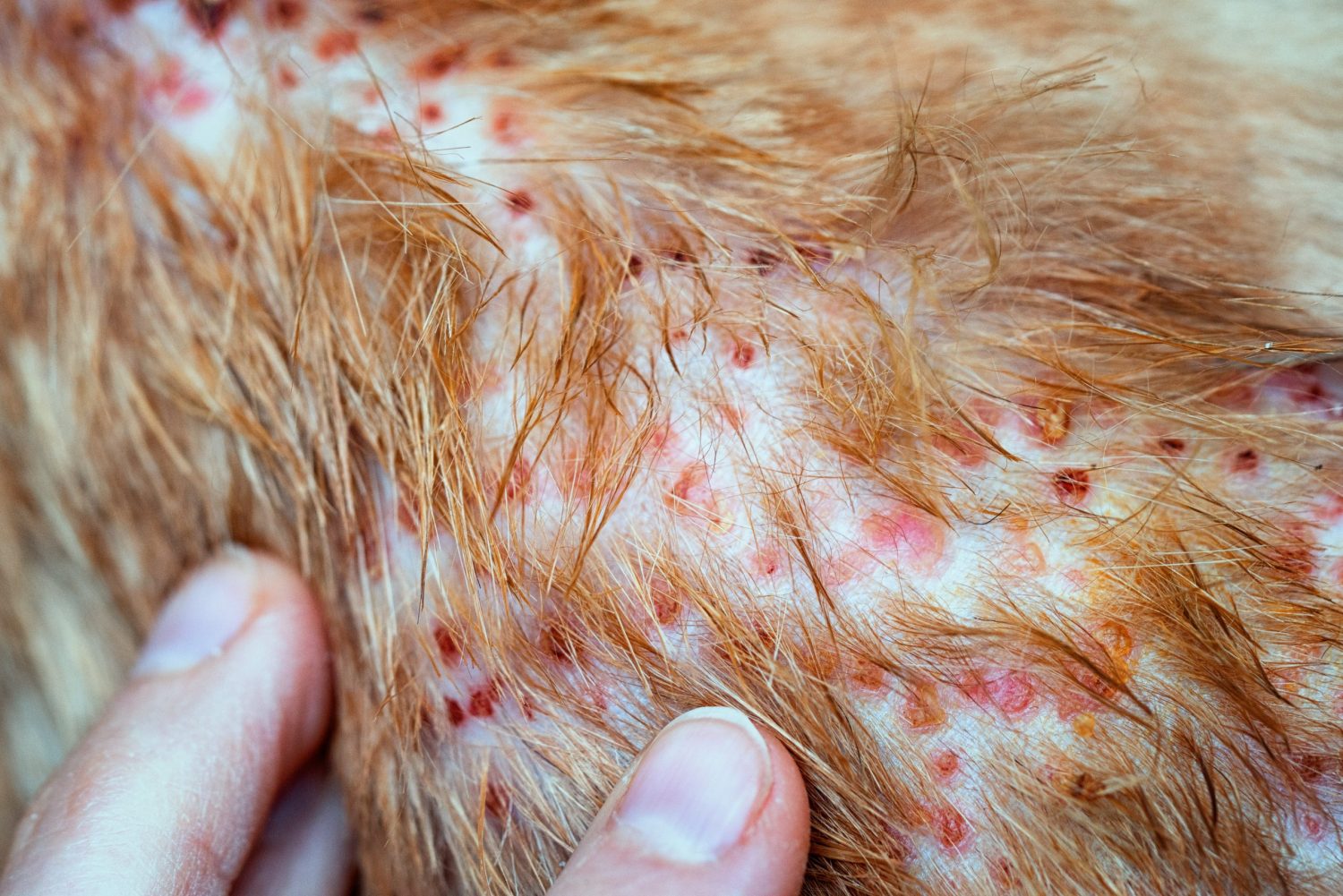 Most Common Skin Disorders in Dogs and How to Treat Them

Just like humans, dogs can suffer from a variety of skin disorders. Some of the most common include atopic dermatitis, contact dermatitis, seborrhea, and hot spots. While these conditions can be uncomfortable for your pup, there are a variety of treatment options available to help them find relief.

Atopic dermatitis, also known as allergic skin disease, is a condition that causes your dog’s skin to become inflamed, dry, and itchy. It is typically caused by an allergy to something in their environment, such as pollen, mold, or dust mites. Treatment for atopic dermatitis usually includes a combination of medication (oral or topical steroids) and environmental control (such as reducing exposure to allergens).

Contact dermatitis occurs when your dog’s skin comes into contact with something that irritates it or causes an allergic reaction. The most common culprit behind this type of skin irritation is flea collars or topical flea products. If you suspect that your dog’s skin irritation is due to contact dermatitis, the best course of action is to remove the source of the irritation and then treat the resulting inflammation with hydrocortisone cream.

Seborrhea is a catch-all term used to describe any disorder that causes an overproduction of oil by the sebaceous glands in your dog’s skin. This excess oil can then lead to a number of problems including scaling, crusting, flaking, and itchiness. Seborrhea can be caused by a number of things including allergies, hormonal imbalances, and certain medications. Treatment for seborrhea will depend on the underlying cause but may include special shampoos, medicated wipes, and oral steroids.

Hot spots are circular patches of red, inflamed skin that are often painful for dogs. They are most commonly seen during the summer months when humidity levels are high but can occur at any time of year. Hot spots are usually caused by allergies or insect bites but can also be the result of infections or underlying medical conditions such as diabetes or hypothyroidism. Treatment for hot spots typically includes shaving and cleaning the affected area, oral antibiotics, anti-inflammatory drugs, and antiseptic solutions or sprays.

Ringworm is a fungal infection of the skin that is fairly common in dogs. It is highly contagious and can be passed to humans as well as other animals. Symptoms of ringworm include patches of baldness or scaling on the skin; redness; itchiness; and broken hairs. Treatment for ringworm typically involves antifungal medication that is applied topically or given orally. In severe cases, your dog may also need to be bathed with medicated shampoo.

Mange is a parasitic infestation of the skin caused by either mites or Demodectic Pododermatitis. There are two types of mange: demodectic mange, which is caused by Demodex mites, and sarcoptic mange, which is caused by Sarcoptes mites. Demodectic mange is by far the most common type, while sarcoptic mange is much less common but much more serious. Both types of mange can cause intense itching, hair loss, and inflammation. Treatment for mange typically involves a combination of topical medications, oral medications, and medicated baths.

Cushing’s disease is technically not a skin disorder, but it does cause some changes to the skin that pet owners should be aware of. Cushing’s disease is caused by an excess of corticosteroids in the body, which can occur for a variety of reasons. Symptoms include increased thirst and urination, weight gain, panting, hair loss, thinning skin, and bruising easily. Cushing’s disease is typically diagnosed via blood tests and urine tests. Treatment depends on the underlying cause but may involve surgery, radiation therapy, or medication.

Yeast infections are caused by an overgrowth of yeast on your dog’s skin. They often occur in moist areas such as the paws or groin region and can cause severe itching. Treatment for yeast infections includes antifungal shampoos or creams as well as oral antifungal medications.

These are just a few of the most common skin disorders that dogs can suffer from but there are many others out there. If you think your dog may have a skin disorder, it’s important to take them to see a veterinarian so they can get an accurate diagnosis and begin treatment right away. The sooner you catch a problem and start treatment, the better!